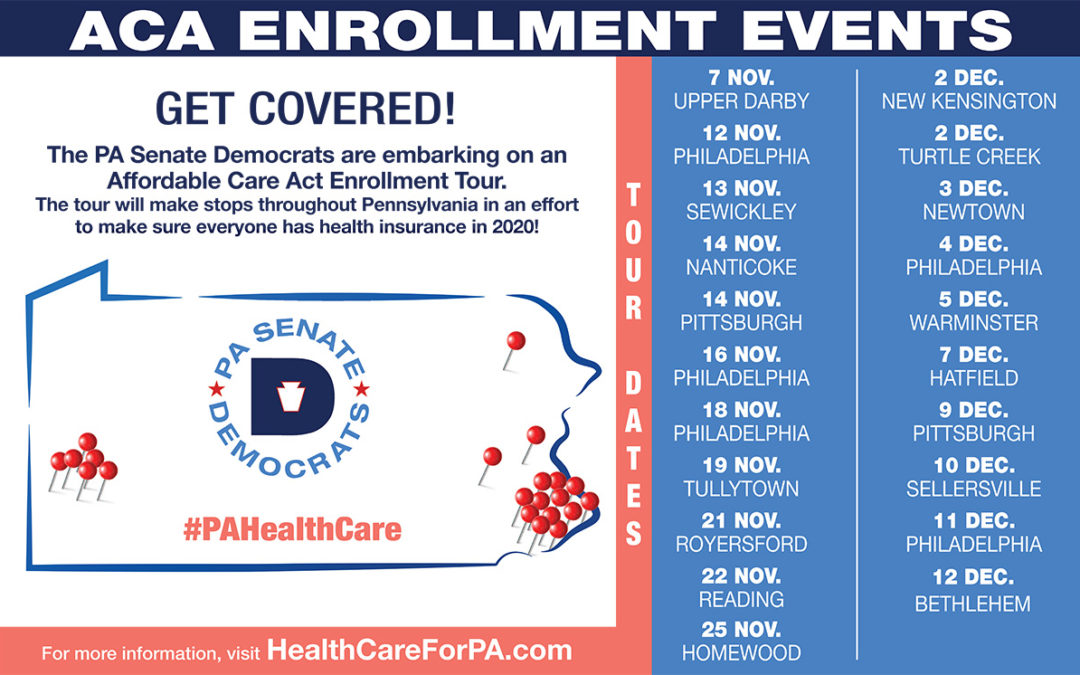 Pennsylvania − November 1, 2019 − The window for the Affordable Care Act enrollment opens today, November 1, and runs through December 15. Those who need to purchase insurance will have to do so during that six-week period.

The Trump Administration; however, has slashed the budget for marketing and providing navigators for the program. To combat this and ensure that Pennsylvanians are able to find the best, most affordable option for them, the PA Senate Democratic caucus is hosting 21 free consultation events around the state.

The caucus will be joined by insurance providers, including UPMC, Highmark, Geisinger, Capital Blue Cross, and Independence Blue Cross, as well as nonprofit navigators from PA Health Access Network, Consumer Health Coalition, the Coalition of Community Health Centers, and YWCAs.

The 21 events are free and open to the public.

Here is the schedule:

Follow along with updates, photos and video from the enrollment tour at www.healthcareforpa.com